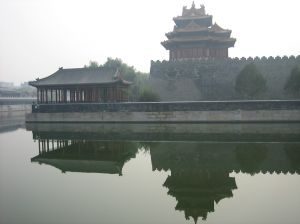 Relocating to China is getting easier

China’s policy for expats seeking permanent residency has undergone a change recently, with increased benefits and a reduction in barriers to application. The developments follow a perceived need to attract foreign talent, and the poor uptake of green

Things look set to change though. With China’s government looking at changes to the regulations that would make it easier to work, invest and live in the People’s Republic, as well as new rights when buying property and accessing social security.

Applicants no longer have to qualify as high level employees or industry experts to gain residency, although the grant schemes in place to attract exceptional talent remain unaffected by the more general changes.

The new policy is expected to be fully implemented by July 2013, and the key entitlements that permanent residence status now allows include:

Despite the attractive terms however, social insurance contributions by employers stand at 45-50% of employee salaries, a move described by a leading tax firm as: “another example of indirect taxation of foreign companies in China”. (Telegraph.co.uk, 11 Jan 2013).

With many expat employees already paying contributions to their own native social security programs or insurance schemes, it is unclear at present how problematic this aspect of permanent residency will be.

That aside, with China’s rate of growth looking increasingly dependent on attracting investment and expert personnel from abroad, simplifying permanent residency promises to make expat life a lot more attractive for employers and employees. Hopefully foreign businesses can look forward to investing in financial ventures and human resources in China with more ease and greater peace of mind.