Half of expats moving to UAE are un-prepared 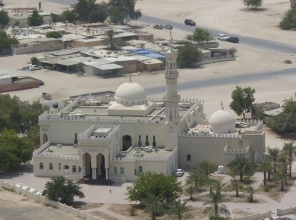 The cost of living and finding a job were among the top worries for people moving to the UAE.

A new survey has shown nearly a half of expats moving to the UAE don’t have enough practical information. A third found the relocation process more difficult than they expected, according to the research from Zurich, an international insurance company.

The survey of 775 expatriates in the UAE was conducted by YouGov, and found the most difficult part of relocation was obtaining a driving licence, with 21 percent of respondents reporting this. Finding employment (18%), the cost of living (17%) and the weather (12%) followed in second, third and fourth place.

“Although the majority of people find moving to the UAE straightforward and simple, a third of expats struggle with the experience,” said Maroun Mourad, CEO of Zurich’s General Insurance operations in the Middle East.

“Moving to a new country is always a daunting undertaking, and everyone’s experience is different, but it seems that a lack of information increases the anxiety of people relocating to the UAE.”

The UAE does offer a tax-free environment but people often underestimate the cost of life in the country. The rents and education costs, which make up a big component of an individual’s budget, should be considered carefully.

To help expats avoid these mistakes and, hopefully, have a smooth relocation to the UAE, expats should check Just Landed’s expat country guide for Dubai.