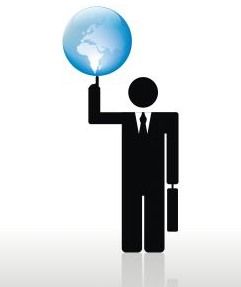 The rise of expats who travel from country to country on assignments and the increase in health insurance premiums make the provision of expat benefits challenging.

The total number of employees on international assignments has stayed relatively stable over the last few years. However, the number of global nomads (people who move from country to country on multiple assignments) and long-term expats has increased. This is creating challenges for employers when it comes to providing expatriate benefits.

According to the report, the need to develop global leadership talent and the growth of new business ventures abroad has prompted a rise in global mobility. The number of global nomads has risen from 6% to 10% of the expatriate population of survey respondents, while the percentage of short-term expatriates (those assigned to a project for less than a year) has fallen from 17% to 11%. Long-term expatriates as a percentage of the total assignee population increased from 21% to 40% between the 2008/2009 and 2011/2012 surveys.

The percentage of companies which have specific procedures in place to monitor the success of expat benefit programmes has risen from 40 percent in 2008 to 85 percent in 2011. It seems employers are keen for their benefit packages to support HR and business strategies and also meet assignees’ needs while still being within cost management policies.

Nearly all respondents to the survey provide private medical insurance for their global workforce (98%) up from only 57 percent in 2005. Factors that may be driving uptake of international medical plans include an increase in local health insurance compliance and also the increasing demand by employees for medical benefits to be in place prior to the commencement of the assignment.

Mark Price, principal in Mercer’s International Consulting Group commented,  “Fifty-three percent of respondents have experienced increases of 6 percent or more in their international medical plan premiums at their last renewal. Twenty percent of companies have seen their premiums increase by between 11-15 percent.

“Complexity in administering multi-country plans can increase the cost of providing medical benefits. Furthermore, the ‘hot destinations’ for expatriates happen to be countries with some of the highest medical inflation in the world, such as the Middle East, India, China and Latin America. So it is not surprising that the global trend towards high premium increases is particularly prevalent in international medical plans,” he continued.

According to the survey, traditional cost-containment options remain popular, with a large proportion of respondents adopting the use of cost-sharing approaches such as employee deductibles (up 8% from 2008/2009), co-insurance and annual benefits limits.

Great article! We will be linking to this great article on
our site. Keep up the good writing.

We use cookies to provide social media features and to analyse our traffic. By continuing to use our website, you agree to the use of cookies. Find out more.