Business in Asia: Etiquette in China, Japan and India 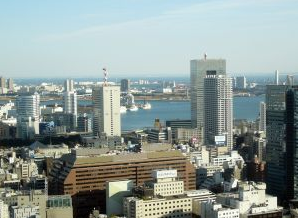 Tokyo, the business and technological capital of Asia

Countries in Asia, including China and India are considered some of the most challenging destinations for relocating employees. In the Global Mobility Survey 2012 cultural differences were identified by 57% of respondents as the main reason behind the demanding nature of certain countries.

Employees working in Asia should be aware each country has its own individual conventions for doing business. However, there are a few ideas that do apply across countries and some important differences to remember. Hopefully, by having at least a basic knowledge of business etiquette, you can avoid the common pitfalls of conducting business in a foreign country.

In Asia in general, it is customary to make small talk before the meeting as a way to get to know each other. It is not common to reach an agreement in the first meeting, so expect to have several meetings before finalising everything.

However, bear in mind Indians generally like to speak about their personal lives so, it is possible you might be asked personal questions. In Japan and China, business relations are more distant and humility is highly appreciated. The Chinese tend to take their time when considering what has been said, so negotiations can take longer than you are used to.

In India, family responsibilities are very important so rearrangements are very likely to happen; be sure to check in advance that everything is still on schedule. Chinese and Japanese people are very punctual so, while being a little late in India is not a problem, in China and Japan it is considered disrespectful.

When doing business in these countries, bring many business cards. It is customary to give them during the first meeting. Particularly for Japan and China, have your information translated into the corresponding language on the reverse side. This is a common courtesy and will be much appreciated.

In India, give and receive business cards with your right hand; in China and Japan, with both hands holding the sides. For meetings in Japan and China usually attendees keep their own business card in front of them while seated to avoid embarrassment should someone forget your name or title. In all cases, read the cards before putting them in some box or card holder, never in your pocket.

Hierarchy in business is extremely important across much of Asia. Try to learn how to say titles or the respectful titles in the native language; it will show interest and respect.

Business relationships tend to be formal so do not use first names unless told to and follow other people’s lead if you’re not sure how to address someone (in Chinese and Japanese there are several forms to show respect).

As well, do not introduce yourself by first name but rather use your surname followed by your company name (a common custom in Japan and China). As a tip, in Japan, the person with the higher status sits at the head of the table and the following in the hierarchy will sit closer to them.

In India, when in doubt, you can use Sir or Madam but try use the title of the person (Doctor, Director, etc.) and use it along with their surname.

Another point in common for these three countries (and many others as well) is the fact that saying “no” directly is considered very rude. Avoid it as far as possible by finding other ways like “we’ll think about it” or “it is very difficult” if you really feel like saying ‘no’.

This can be confusing since they may be refusing your idea but they will state it with an affirmative sentence (in Japan, for instance, it is common to use “a little – ‘chotto’ ” to say ‘no’). Again, India is a bit more relaxed but still, avoid saying ‘no’ directly as much as possible.

In China and Japan, it is common to say ‘yes’ or nod just to show interest and prove that you are listening, even when they don’t agree with you or if they don’t really understand you.

Also, Chinese and Japanese people like to take their time thinking about your proposal so don’t get nervous if they don’t speak straight away.

It may be difficult to remember all rules, depending on where you are going, you may want to check specific situations and norms. Don’t worry though, as a foreigner you are not expected to know them all.