China, India and US among most challenging destinations 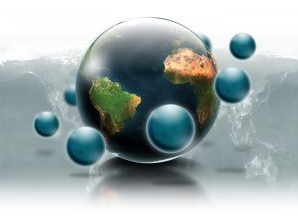 Brookfield’s report considers the current trends concerning international assignees, in relation to historical data collected since their first survey was conducted in 1993. The findings from the survey represent responses obtained from the whole spectrum of international business; with information gathered from small, medium and large organisations.

Who are international assignees?

The report looks in some depth into the different types of people that are working abroad as international assignees.

For example, the survey revealed that the number of women being sent abroad for work has seen an increase since the last survey was conducted. Female employees now make up 23% of all international assignees.

Furthermore, for the first time in recent years the 30-39 age group makes up the largest percentage of international assignees, at 38%; many companies are replacing older employees who would previously have been sent abroad with the next generation.

The way in which people are choosing to relocate continues to change, with this year’s survey recording similar trends seen in previous years. There has been a steady decrease in the number of assignees choosing to move abroad with their partner or spouse and any children. This is despite the number of married assignees continuing to increase, the number this year up 5% on last years figures. This is arguably due to international placements often being for temporary terms.

Another survey that has recently been released is The Global Mobility Survey, commissioned by The Santa Fe Group. As well as looking at the way in which overseas employee trends have been changing, the findings explore more generally the industries and countries involved in global employee mobility.

The survey cited the primary motivation for sending employees abroad on international projects was company expansion in markets in which they were already established; with expansion into new markets the second most common reason.

With regards to the industries that continue to increase the number of employees posted abroad, as expected the oil and gas, and pharmaceutical and healthcare companies are present. Although maybe less expected are the sport and leisure industries and not for profit organisations.

With developing countries becoming increasingly attractive markets for company expansion, the Global Mobility Survey also looked at the locations that posed the greatest challenges for international assignees appointed there.

Maybe not surprisingly China tops the list, as the most difficult destination for relocating employees; India and Brazil completing the top three. However, maybe more surprisingly is that the USA was voted the 4th most difficult place to move to as an employee from overseas and Russia was named 5th.

Brookfield’s survey also looks at the challenges faced by international assignees, and highlights some of the aspects of living in these countries that proved problematic. The US, for example, was named due to its complicated immigration restrictions, high housing costs and issues with accessing health care. China, on the other hand, for its unique way of life and the language barrier faced by the majority of people moving to the country.

Nevertheless, the Global Mobility Survey reports that 41% of companies asked expected to see a further increase in international assignment growth over the coming 12 months. Therefore the number of overseas workers will continue to increase and along with them the challenges of integration into a new living and working environment.