Half of British businesses looking at expansion abroad 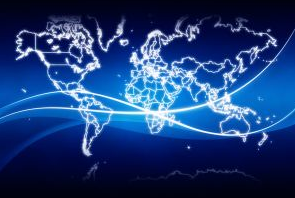 Increased employee benefits will be needed for UK companies to entice their employees abroad.

Close to half of British companies, of all sizes, are looking to extend their presence overseas, according to a survey by private medical insurance providers, Expacare. The survey questioned 100 decision makers from UK businesses with between five and 1,000 employees.

Nearly a half (43%) were considering a move to start working abroad, or to strengthen their current international position. The results also revealed two thirds (64%) of SMEs expect trading overseas is set to become commonplace in the future.

If more businesses do expand into new markets in the future, employee support will be required. The need for relocation services, language courses and spousal support will increase as companies look for ways to effectively manage employees being sent abroad.

The survey concludes there is a “real appetite” for expansion abroad, but it wouldn’t be without its difficulties. Nearly a third (30%) of respondents said a lack of knowledge about a country would be a major obstacle and 32 percent said set up costs would make it an expensive move.

A further 20 percent said motivating and recruiting staff for an overseas assignment was seen as the biggest obstacle. These companies fully expect to have to provide incentives such as private health insurance and relocation bonuses to encourage staff.

Over a third (34%) of those companies taking part in the survey already held offices in the EU, with 36 percent considering expansion into the emerging BRIC economies. Businesses also want to stay away from certain areas, with 41 percent saying they wouldn’t operate in Switzerland and 48 percent avoiding South Africa.

Beverly Cook, managing director of Expacare, said: “The research has shown that there is a firm trend for businesses to look beyond their borders in pursuit of growth, which is encouraging.”

We use cookies to provide social media features and to analyse our traffic. By continuing to use our website, you agree to the use of cookies. Find out more.