Global relocation bounces back from crisis 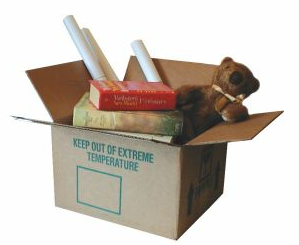 The increase in expatriate assignments looks set to continue through 2012.

Despite the ongoing global economic crisis, companies are increasing the number of employees they send abroad. According to the 2012 Global Relocation Trends Survey report, overseas assignments increased at 64 percent of companies in 2011, compared with 43 percent the previous year.

Among these companies 63 percent expect this trend to continue in 2012. This would indicate a return to pre-recession levels of overseas relocation. Industries with the highest growth of international assignments are healthcare, pharmaceutical and energy. The financial and service sectors are at a new low in terms of international relocation.

The number of companies reporting an increase in expatriate postings is just below 2006’s record high of 69 percent, according to the survey. “Even though the global recovery is still shaky, especially with what’s going on in Europe, they see it as a business need” to send more people overseas, says Brookfield executive vice president Scott Sullivan, who oversees the annual survey started in 1995.

This year’s results indicate a return to activity levels not seen since 2007. This suggests that, regardless of regional economic woes, multinational corporations are mobilizing workers to fill skills gaps and develop talent, especially in emerging and developing markets.

China is one of the most challenging destinations

According to the 2012 Global Mobility Survey the main reason companies predict a growth of international assignments is expansion in existing markets (52%). Expansion into new markets was cited by 49% of responding companies. The third most popular reason for increasing the number of expatriate relocations was to fill a local skill gap (42%).

With the Eurozone crisis ongoing, businesses are focussing their expat assignments on the emerging markets. In particular, the BRIC (Brazil, Russia, India, China) economies. China takes the lead as most popular destination for international placements. In the 2012 Global Mobility Survey, commissioned by The Santa Fe Group, 21 percent of the 1,119 organisations surveyed reported it to be their most common destination. Other popular destinations include Malaysia, Kazakhstan, Spain and Argentina.

“Our research tells us of the prodigious growth occurring in emerging markets. We know that one of the most persistent challenges is the severe skills shortage in local populations in these regions, said Peggy Smith, CEO of Worldwide ERC.

“Companies can work to standardize their operations and the array of compliance issues. But the range of countries and cultures require more awareness and consideration of multiple factors.”