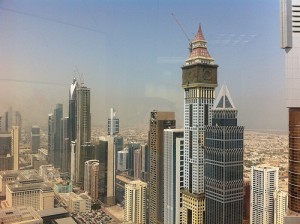 As a recent survery shows, the Middle Eastern office can be a bundle of contradictions

Nearly 70% of women surveyed by Middle East job portal Bayt.com said they were treated equally with men by their employers, with only 15% saying they were treated unfairly. Aided by research specialists from YouGov, Bayt.com surveyed 2,347 women across 13 Middle East and North African countries, including a mix of locals and expats. The questions focused on women’s satisfaction in the workplace, particularly on their experiences relative to their male co-workers.

Despite a broad feeling of equality, over half the respondents said they make less than their spouses and a third that they had less chance of being promoted than their male co-workers (in GCC countries such as Saudi Arabia and the UAE this figure was around 50%). 25% of women said their maternity benefits were inadequate, with about the same number citing maternity leave periods of three months or less.

Interestingly, though 24% of women said family ties and pressures were obstacles to career success, a majority chose financial independence as the reason they work. In fact, 60% said they would continue to work even if they achieved their financial goals.

The jury remains out on whether women’s prospects as a whole have improved across the region. Only 23% of respondents felt women’s prospects had improved in their country of residence, while 19% believed those improvements to be insufficient.