Trouble with the language? Talk with your body 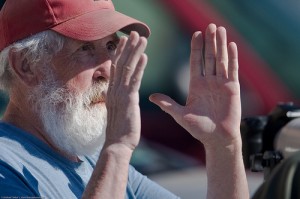 A gesture can be worth 1,000 words in any language.

Few expats move abroad with a perfect understanding of the local language. And while everyone should try and learn the language of their new home (for both social and practical reasons), it doesn’t happen overnight.

In the meantime body language can help expats communicate.

Timothy Penix found that out firsthand when he was studying in Japan. As he told The Auburn Plainsman:

Before I learned the language, it was a lot of hand gestures and me speaking really loud English thinking they would be able to hear better. It was more hand gestures and pointing and me looking like I needed help or needed to know something, and the majority of the time they would understand and try to help me.

He said certain types of body language also had different meanings in Japan than in the US. For example, the Japanese often smile to cover embarrassment, anger or other negative emotions. This can be very confusing for western people who associate a smile with happiness. Timothy found he mostly had to learn by trial and error.

Sometimes communication goes beyond specific gestures, however. Just carrying yourself a certain way can have a big impact.

As Korbin Demmick, an American living in the UK, explained:

I was waiting for a bus one time, and I was really timid and not waving down the bus, so they didn’t stop at all. You almost have to be very authoritative and step out and wave down the bus.

So if you’re having trouble communicating abroad, be patient and stay assertive. The rest of the language will come with time.