Is the UAE really the world’s least friendly country? 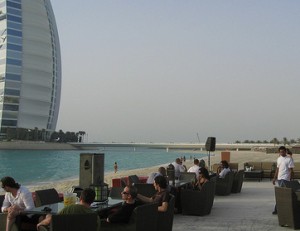 Was Forbes being unfair when it named the UAE the world's least friendly country?

When Forbes ranked the UAE the world’s least friendly country (by analyzing HSBC’s Expat Explorer data with a special formula), it touched off a firestorm of controversy in the tiny Gulf country.

According an article by The National, expats and locals alike have leapt to the UAE’s defense. They’re even using a #UAEFriendly hashtag on Twitter.

Forbes defined “friendly” in terms of expats’ ability to make local friends, learn the language and integrate themselves into local culture. Given these criteria the country may have had a number of factors working against it:

1) Arabic is a notoriously difficult language to learn.

2) The UAE’s large foreign population may lead expats to befriend other foreigners before locals (not because locals aren’t friendly but just because it’s an easier pattern to fall into).

3) Most Western expats are probably not going to even attempt to fully “integrate” into Islamic culture (granted this depends on your definition of “integrate”).

4) “Friendliness” has got relatively little to do with how hard it is to learn a language or adapt to a different culture–maybe the controversy all boils down to semantics.

We wonder if this would cause the UAE to seem less “friendly” to Forbes no matter what the average expat experienced on the street.

At the end of the day the UAE is probably the most Westernized of all the GCC countries. Its party-centric nightlife is certainly more vibrant than that of Saudi Arabia, for example. We encourage expats to look beyond the Forbes ranking when considering life in the UAE. It may have been a bit harsh.

Do you agree? Let us know in the comments!